Mortlake Saleyards to go ahead 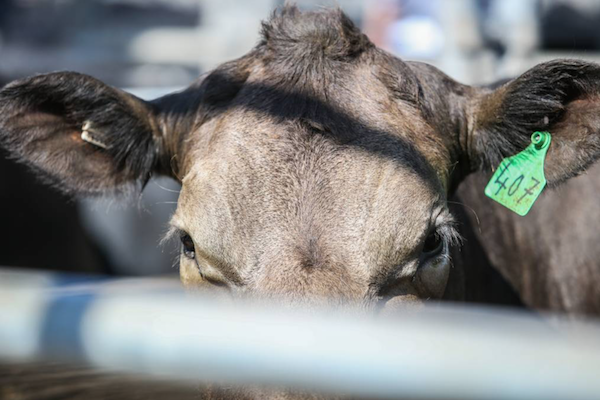 Exciting news for the Mortlake district with the announcement after Tuesday night’s council meeting of unanimous support for the granting of a planning permit for the new facility to be built.  Forecast to bring 100 new jobs for the 10-month construction phase, plus the on-going flow-on benefits of a regular influx of people and business to the town, the new complex is set to provide an injection of confidence into the entire district.

MORTLAKE is set to become a key livestock selling centre following the approval for new saleyards for the town.

At their January meeting in Mortlake on Tuesday evening, Moyne Shire councillors voted unanimously to grant a planning permit for a privately-owned saleyards facility to be built.

The saleyards will be on the outskirts of Mortlake on the corner of Hamilton Highway and Connewarren Lane and is a project spearheaded by New South Wales developers.

Cr Colin Ryan said the approval for the saleyards was the culmination of 14 months work.

“It’s a vote of confidence for Mortlake, the Moyne Shire and south-west Victoria,” Cr Ryan said.

First-term councillors Daniel Meade and Ian Smith both spoke of the benefits of the saleyards.

Cr Meade said it would be a positive for south-west farmers to have access to another saleyards facility while Cr Smith praised the comprehensive nature of the application from the developers.

“There is potential to bring associated businesses into the town,” Cr Parker said.

“It is a great thing for Mortlake, without at any stage overlooking the point there will be a minority of people who find it detrimental.”

Rohan Arnold, one of six directors of the company behind the development, addressed the council meeting.

He told councillors the aim is to start construction of the saleyards in March, with this timeline dependent on meeting all EPA requirements. He said construction is expected to take 10 months with over 100 jobs created during this time.

While the project had at first been estimated to cost $10 million, Mr Arnold said that amount was more likely to end up around the $15 million mark once the overall development is complete.

He told councillors he expects 175,000 head of cattle to pass through the saleyards in the opening year.

When questioned on where he expects to draw farmers and their cattle from, Mr Arnold nominated areas such as Geelong, Mount Gambier and Ballarat.

He said he was keen to get the green light for Mortlake to tap into those markets as quickly as possible.

“I won’t lie, we are in a race against time,” Mr Arnold said. “Ballarat is talking about opening up another saleyards.”