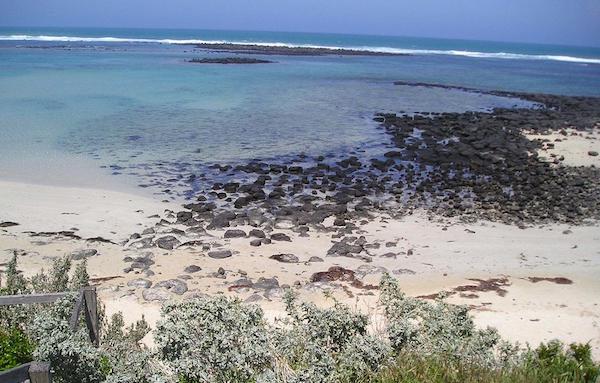 On a drive through Port Fairy and along Ocean Drive and Port Fairy’s South Beach on one of the magnificent days of warm weather we have experienced in the south-west over the last 7 days, I was compelled to stop the car and stroll down across the white sand between the basalt rocks of Pea Soup Beach, and submerge myself into the sparkling crystal clear water.  While only on our doorstep, this idyllic beach at that moment could have been any paradise location in the world, and it truly embodies the notion of just how lucky we are to live in this part of the world. 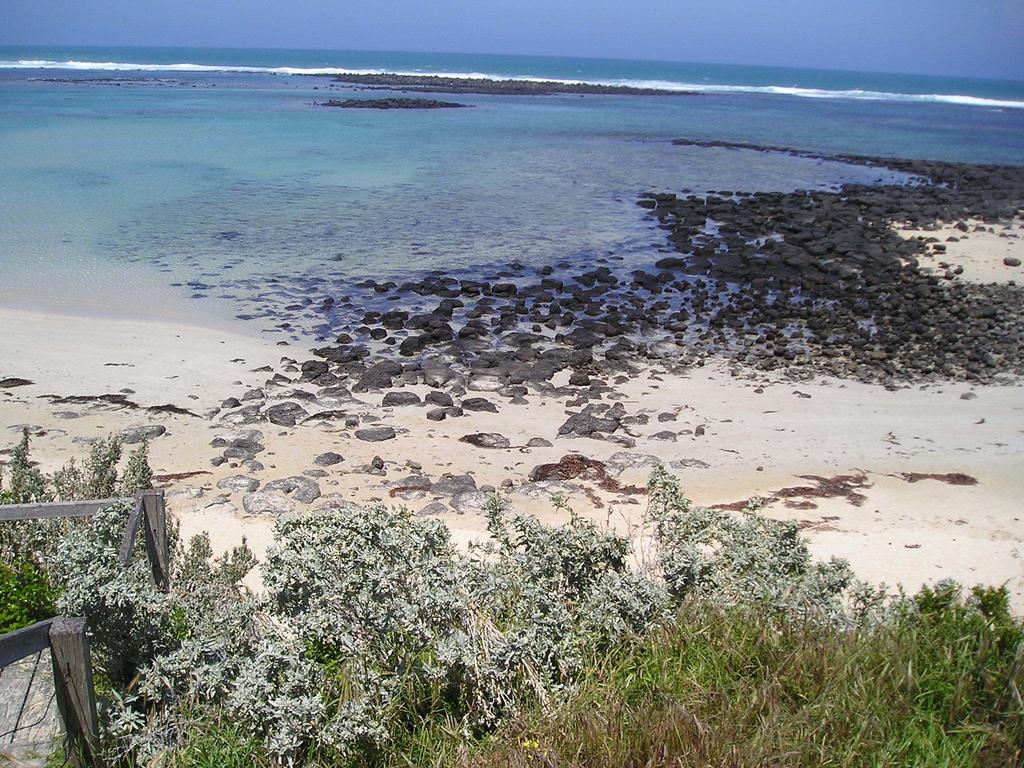 This stretch of coastline is lined with iconic basalt rocks.  Did you know that the origins of these basalt rocks extend back to approximately 300,000-450,000 years ago, and 60 kilometres away in Penshurst?

Mount Rouse is an extinct volcano, the lava flows from which are the longest in the Western District volcanic province. The flows followed shallow, gently sloping river courses and eventually united to extend at least 60 km south of Mount Rouse. A thin basalt lava flow contained in the scoria cone has been dated at approximately 1.8 million years, conflicting with dates of only 0.3 to 0.45 million years obtained from the end of the Mount Rouse flows near Port Fairy 60 km to the south.

So that’s the history/trivia lesson done, now let’s talk about how you can own your own slice of this historical paradise! 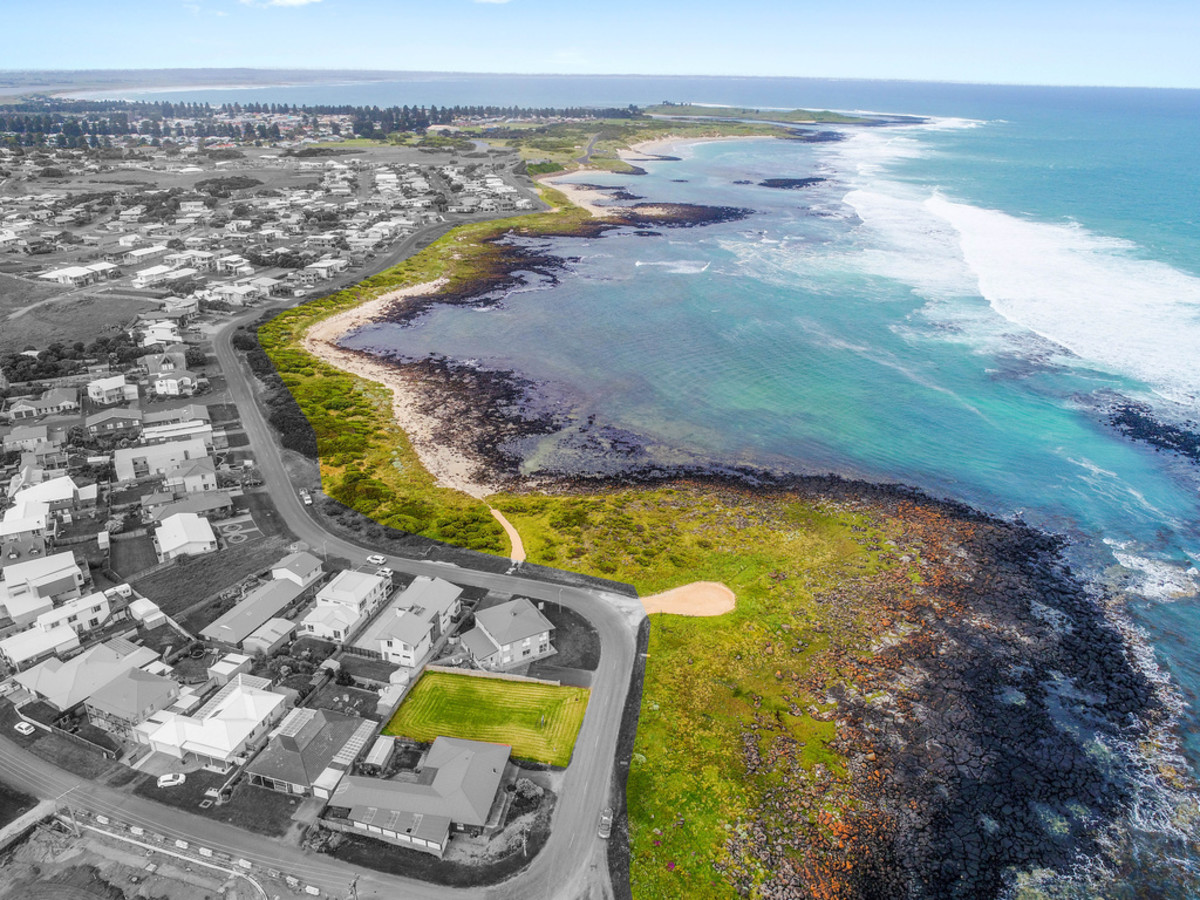 Rare (and getting rarer) opportunity to own one of the last vacant allotments along the prized Ocean Drive in Port Fairy.

Wake up, live, and entertain to the amazing backdrop of the Southern Ocean either crashing or lapping onto iconic basalt reefs.

Enjoy the lifestyle offered by the seaside township of Port Fairy – voted one of the worlds most livable cities with a population under 20,000 after winning the 2012 International LivCom award.