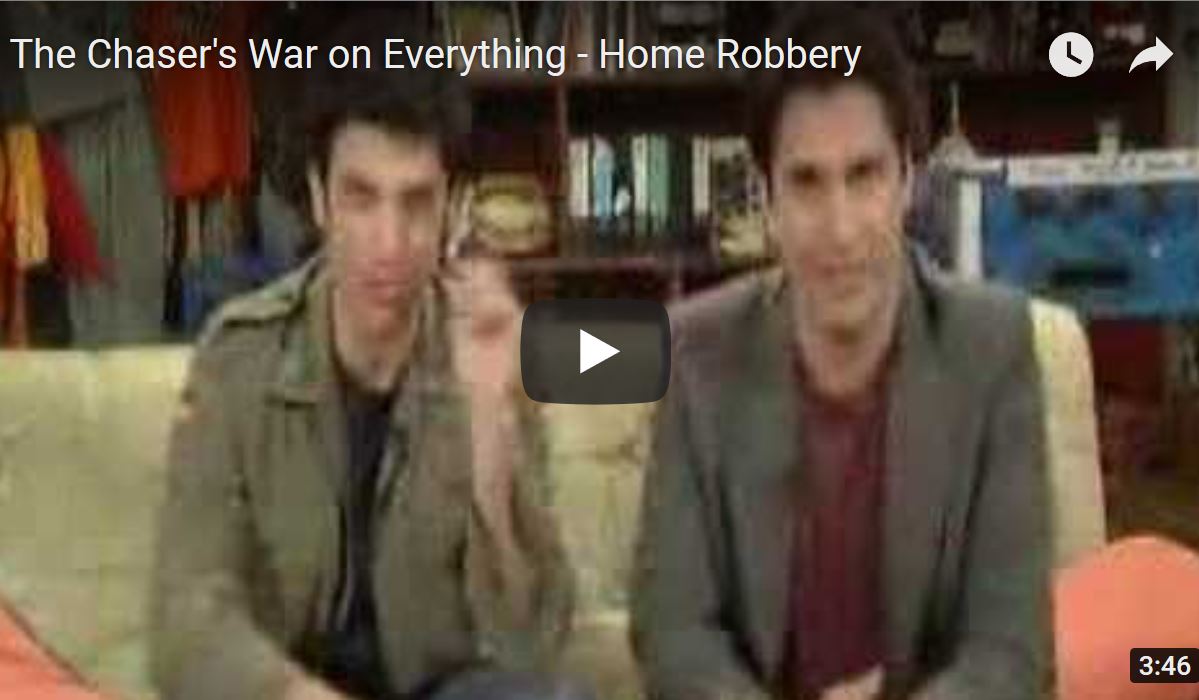 Yes, the following video is simply a TV comedy skit from “The Chaser’s War on Everything”.  However, it does bring to light a legitimate concern regarding open inspections, that of security.  With only one or two agents present, and potentially several strangers wandering through your family home, how can you actually feel comfortable that your belongings are safe?  Agents are required to take down names and phone numbers of buyers, but it doesn’t take much for a crook to be a little more creative than “John Smith, 5555 – 5555”!  Also – check your insurance policy, because many won’t cover a burglary that occurs at an open inspection because they are ‘invited guests’.

Other potential disadvantages of set “Open Inspections” include:

Many people are unaware there is a viable, in fact preferable, alternative to opening their home up to any number of unqualified strangers at a set restrictive time.  Ask your agent about the advantages of “flexible inspections” – see point eleven here.