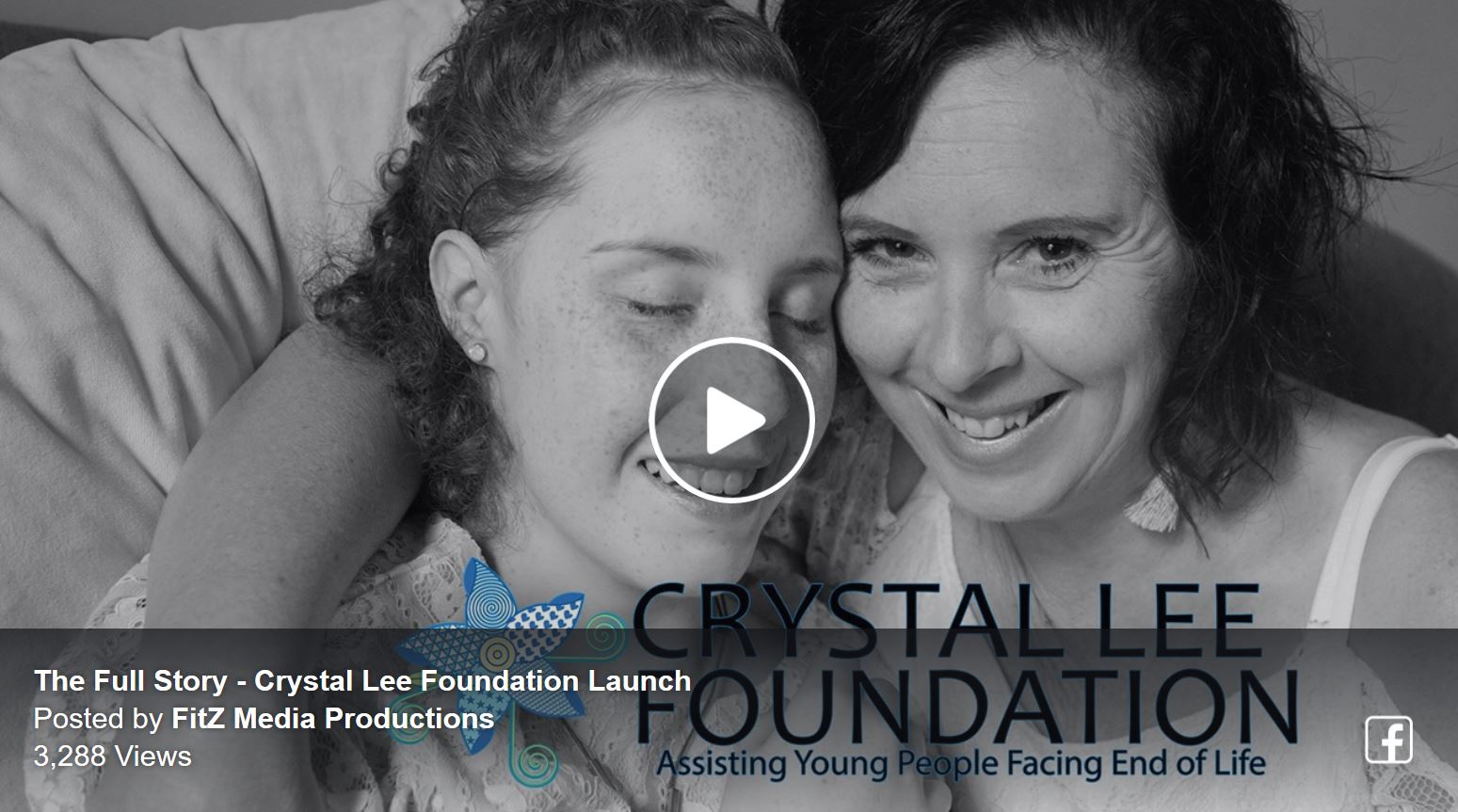 The Crystal Lee Foundation‘s objective is to provide little acts of kindness to our families, filling some of the little things that were once small, that become overwhelmingly enormous when facing the end of your child’s life.

We can’t move mountains or change the outcome, but we can meet the needs of the little things that really matter.

The Crystal Lee Foundation was founded in 2019 to fill a gap in care for young people between the ages of 13 and 24 who are facing end of life.

After suffering with knee pain for 12 months and visiting the doctor many times in that year, it was decided that Crystal had growing pains, on the 19th of December 2015 Crystals pain had increased and the pain was travelling to her abdomen area.

On arrival at the hospital the medical team thought that it was ovarian cysts and nothing to be to concerned about, this was 7pm and by midnight we were told that Crystal has cancer and will be transported to the Royal Children’s Hospital.

There our journey began, on the 11th of January 2016 crystal underwent an enormous complex operation, she had a 16cm tumour removed from her abdomen and her lower spine.

The operation took 18 hours and a very long road to recovery, initially before surgery the oncology team thought that it was a very low-grade malignant tumour. Once the tumour was removed they did some biopsies of the tumour and we were told that Crystals tumour had been ramped up and we were now dealing with a very high grade Aggressive cancer known as a ( malignant peripheral nerve sheath tumour) predominately an adult cancer and not seen to often in children, our doctor informed us that it was very rare possibly 1 in 1 million people .

Following the operation, we were referred to the palliative care team for support, and radiation therapy commence. Chemotherapy followed 12 months later; this was very grueling on Crystals little body. In December of 2017 we were told that the treatment was not working and that this cancer would claim our daughter’s life.

2018 had many ups and downs and Crystal was becoming weaker and fatigue was ever increasing, her tumour was growing rapidly. Crystal spent many, many weeks in hospital and her major life goal was to get to her year 12 graduation in November of 2018. She sure made it and had a wonderful night, she was so proud and looked so beautiful , we were absolutely proud of her but also heartbroken that Crystal was not going on to have the future that all the other young people were about to embark on.

By December of 2018 Crystal was growing weaker and weaker, and even on Christmas day she struggled to open her gifts.

By early January of 2019 we could see that she was slipping away.
Crystal died on the 14th of January with us by her side and our very special support person Catherine Haldane from Very Special Kids was also there to see Crystal spread her angel wings.

It has been the most devastating experience and the loss of a beautiful vivacious young girl is just not right.

Crystal was kind, selfless, caring, and ever so brave and courageous, it has left a gaping hole in our lives that will never be mended, we miss her every second of every day, and give anything for her to still be here.

This foundation was a dream that I promised Crystal I would fulfill in her memory; Crystal was excited about it.

We experienced cancer in an adult world, in which just did not work for Crystal as she was still a very young girl and her needs were very different to that of an adult facing the same fate.

The needs of a child and young adult is different to that of any other age group.

We want to be able to offer little acts of kindness to our families, filling some of the little things that were once small, that become overwhelmingly enormous when facing the end of your child’s life.

We can’t move mountains or change the outcome, but we can meet the needs of the little things that really matter.

Here at Wilsons, we have been touched by Crystal’s story, inspired by her foundation, glad to have helped the family in some small part during their heartbreaking journey, and delighted to throw our full support behind the Crystal Lee Foundation. 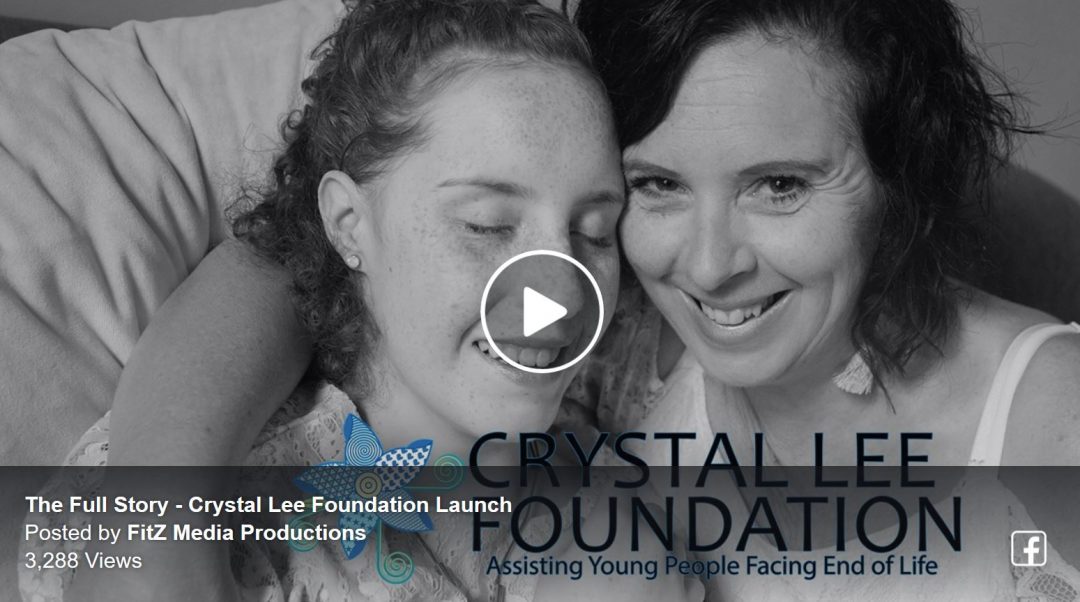 Come along to the Crystal Lee Foundation launch night.